of the poet’s portrait and statue. The Lodge banner illustrates this event and the date. 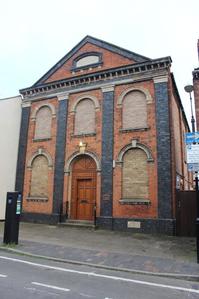 The Masonic Hall is situated in Great William Street, which is immediately opposite the back of Shakespeare’s Birthplace across Guild Street, 50yds up on the right hand side. Unfortunately, there is no adjacent car parking and parking restrictions around the Masonic Hall now apply at all times.

A short walk away Windsor Street Multistorey Car Park charges £1.00 from 6 pm. If arriving before 6 pm pay for the hours prior to six and add a £1.

Please note that Great William Street is one-way towards town from its junction with Mulberry Street. 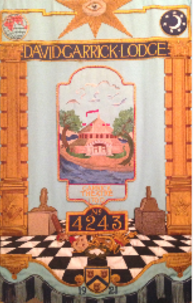 About The David Garrick Lodge 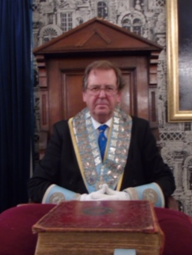 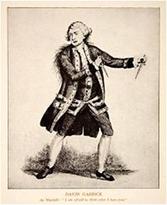 The David Garrick Lodge 4243 was formed in 1921 out of The Swan of Avon Lodge 2133 following an influx of new members during and after the Great War. The Swan of Avon Lodge was at that time meeting in the Union Club which was not big enough to accommodate the nearly 70 members wishing to attend meetings. The name ‘David Garrick’ was one of a number considered and was unanimously adopted by the founders in reference to the great actor of Shakespearean plays, and a benefactor to Shakespeare’s town by inaugurating the first Commemorative Festival in 1769, and by making presentations